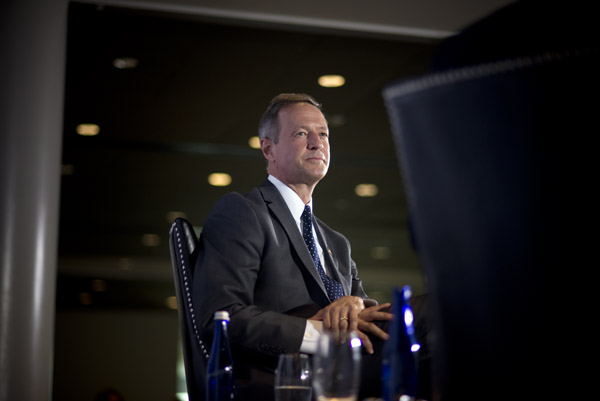 Martin O’Malley, the former governor of Maryland, joins a discussion with the U.S. Hispanic Chamber of Commerce at the Newseum in Washington, D.C. The appearance was his first official event as a declared Democratic candidate for president. O’Malley emphasized to the audience that immigration reform would be an urgent priority in his administration. (The Hill)